The weather was predicted to be cloudless, low humidity, and in the upper 60 — in late October! Perfect day to take an impromptu day off work and preride an upcoming ride. The route is “Hudson Snack Populaire” (https://ridewithgps.com/routes/41082916) which is going to be offered to NER Riders on November 6th 2022 preceding a NER Members meeting. I had designed this route as a permanent and have now ridden it three times in the past six weeks or so. It’s not my standard type of route but it’s quick, fun, and fattening.

The first and last 15 miles (1/2 the route) are on the Minuteman Bike Path and the extension to Concord, the Reformatory trail. I generally avoid the minuteman just because it’s crowded but it’s not as bad outside of peak summer. With the rain in the past few days there was a solid 1″ of wet leaves on much of the path. The autumn is bittersweet but at least it’s nice to see familiar roads with a new look before everything becomes wintertime gray. 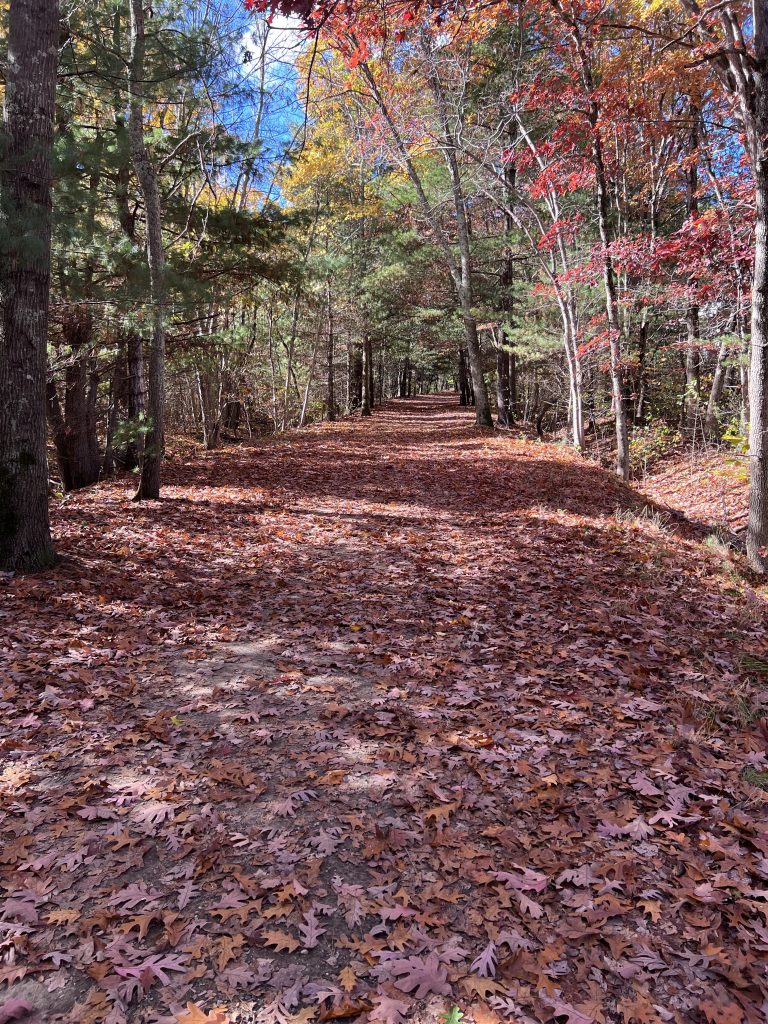 The reformatory dirt section felt faster as I wasn’t as concerned about slipping on wet leaves. The topic of paving this section is before the Bedford town meeting and it’s highly contested between people who would like it to be more accessible and those who prefer it in a more natural state. Tough call.

The route uses a fairly new Cafe Nero in Concord as the first control but I’ve never actually stopped there. (Thank you GPS track.) After crossing Rt. 2 the route turns onto Old Marlboro road for the first time. The route will use a road called “Old Marlboro” five times in about 10 miles!

After passing the half buried FEMA bunker with impressive antennas the route uses about 1/2 mile of the Winterberry trail through the Assabet wildlife refuge. Easy riding apart from a few rocks to mind and possibly some mud. Great scenery. 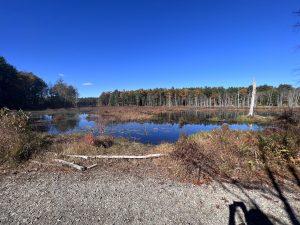 The 2nd control is “Lost Shoe Brewing” which is a coffee roaster and microbrewery. (Something for everyone.) Their espresso is great and I sat on the sidewalk enjoying it while reading work emails and feeling a bit guilty for being on a ride.

From downtown Marlboro the route uses the Assabet bike path. Some scenic views on this one. 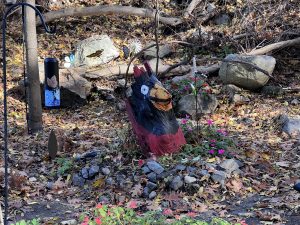 There are many breweries and good restaurants in Hudson. I wanted to try Clover Road brewing but unfortunately they didn’t open for another two hours. They open at noon on the day of the ride but that will still be too late for most riders.

After Hudson it’s a few roads people will know from the Sterling 100k but unlike in March, Honey Pot Orchard is open for this ride. I got a pint of apple cider. 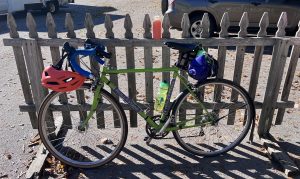 From there it’s the dirt road leading to the other section of Assabet rail trail. This road is mostly closed to cars and is easy riding with some puddles that are easy to avoid.

Pretty soon it’s back to Concord for another skipping of the Cafe Nero control and back onto the Reformatory trail and Minuteman. In the few hours that have past the trail has dried off which made it faster riding. (The tailwind helped .)

My last stop was at Revolution Hall which is off the Minuteman on the Lexington/Bedford border. Their gimmick is that you get a RFID card and can self pour beer from 20 taps and only pay for what you pour. Lots of good stuff! I like this because I can try a few things but overall only having a fairly small drink. The chicken tenders on macaroni & cheese was great but I can’t say I’ve earned it. 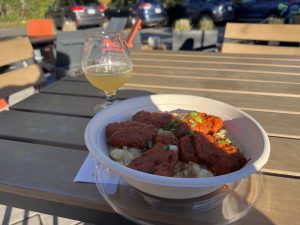 And then I’m home! 5 hours of riding, 2 hours of snacking.